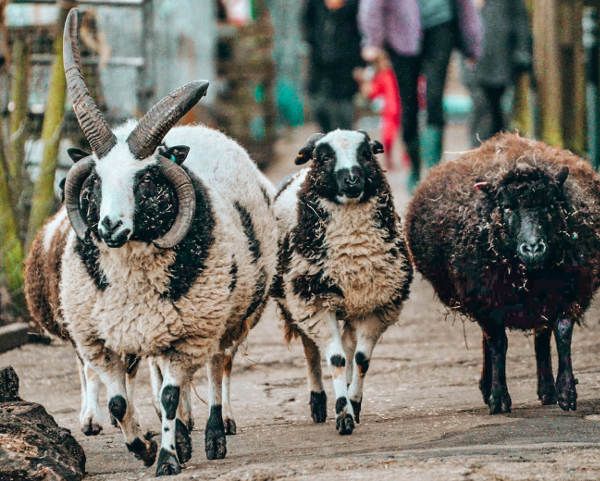 Sheep are one of the most widely domesticated animals in the world, and are a staple of many city farms. Sheep are widely raised for milk, wool, and meat, although those at Kentish Town City Farm are, like many other sheep over the world, beloved members of our farm family and don’t work!

There are around one billion sheep in the world, and over 900 different breeds. The sheep at KTCF are Jacobs, a rare breed that is especially popular with small farm holdings and city farms. Our current flock have been Jacobs for a while now, and we love how popular Valentina and her family are with our visitors!

Jacobs are small sheep compared to other rare smallholder favourites like Oxfords and Whitefaced Woodlands, and have distinctive spotty fleeces. They have large, impressive horns; while generally they have four horns, some sheep have been known to have six! Both ewes and rams are horned, but the males tend to have larger, more impressive horns. Jacobs are heirloom breeds, meaning that they have survived through the centuries with very little human intervention or selective breeding. They exist as they have done for hundreds of years – the sheep you see today are almost the same as the ones Henry the Eighth, Elizabeth the First, and James the First would have seen!

While the origins of Jacob are not known, they have been bred in the British Isles for several hundred years. It is thought they get their name from a Bible story about Jacob who, while working as a shepherd until he could marry his beloved Rachel, became a breeder of spotty sheep. Jacobs have a starring role in one of the oldest love stories in the world! There is also a legend that Jacobs first came to Ireland from a Spanish shipwreck, which is an exciting start to their life! Indeed, Jacobs were referred to as ‘Spanish Sheep’ for much of their early history in the British Isles.

A 2009 genetic study investigating the history of sheep as domestic animals, found Jacobs to be more closely linked to sheep breeds from Africa and South-West Asia than any other British breed. All domestic sheep breeds can be traced back to the Middle East, however, which means our Jacobs’ ancestors had a very long journey before our flock ended up in Kentish Town!

Jacobs are a great sheep to have, and produce soft wool that is especially popular with handspinners (those who spin wool by hand, instead of machine). They are hardy, and naturally very resistant to parasites and hoof problems, which many sheep breeds can be affected by. Although they can be skittish around people, if handled properly and daily, they can become loving, affectionate pets! Like most sheep, Jacobs are very intelligent, can remember around 50 different sheep faces for many years at a time, know their own names, and recognize other species. They have an IQ close to that of pigs, who are often believed to be the most intelligent farm animals. They love the outdoors and don’t mind if it gets very cold or hot, and are excellent scavengers, meaning they can find something to munch on just about anywhere! Jacobs find lambing easy, and make great sheep mums! Like other sheep, Jacobs live in flocks, but don’t feel the need to stay bunched together – they are happy to shout at each other across a field! 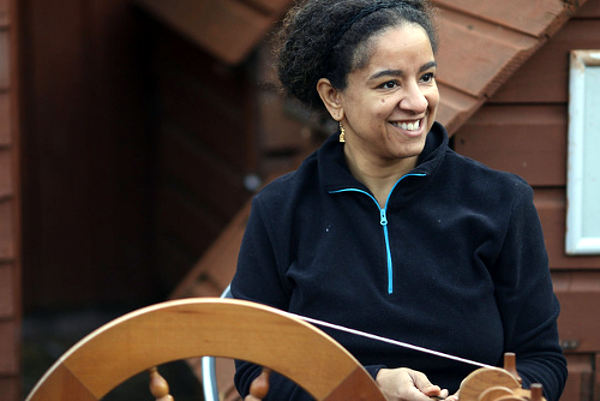 Hand spinning at the farm

At KTCF, our Jacobs are sheared yearly, and produce more wool than we can use. We love that our local community are able to use the wool for projects, some of which you can see around the farm! We use the wool in our gardens as a natural slug and snail repellent. Our slimy friends are unable to climb over the wool, and so we surround our seedlings to stop them being munched! We also line our hanging flower baskets with wool. The lanolin, a type of oil in the wool, is perfect to ensure that when our plants get watered, the wool holds moisture without the plants getting soggy roots. Wool used in this way is an environmentally-friendly alternative to plastic sheeting! Our friends at the Spinners and Weavers Guild also use the wool for projects, including some amazing jumpers! 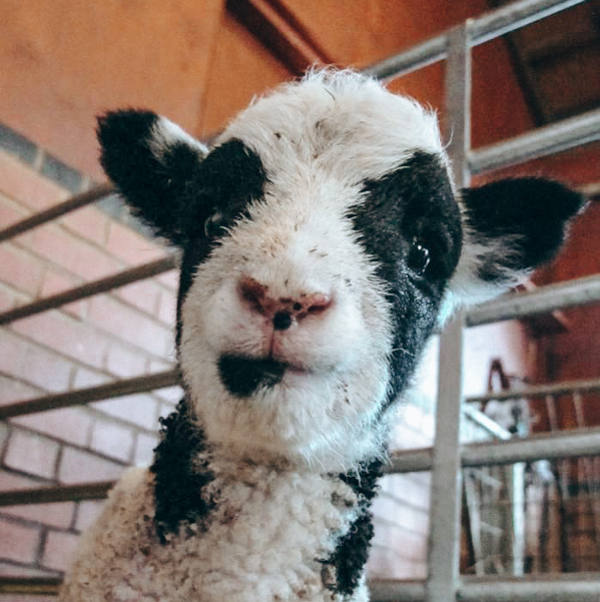 Lifespan: Jacobs live for ten to twelve years, and ewes can carry lambs for many years

Diet: Herbivorous – Jacobs eat grasses and vegetation, and are partial to the occasional apple or pepper as a treat!

Physicality: Sheep have four stomachs! This means that they chew and regurgitate food, moving it through their stomachs to thoroughly digest the vegetation they eat.

Conservation level: Jacobs are a band six on the rare breed scale, meaning they are threatened, but not in imminent danger – there are thought to be around six thousand Jacobs in the UK alone!

Wool: Unlike wild sheep, Jacobs are unable to shed their wool, and need to be sheared every year. If left alone, their wool will continue to grow and grow!

I see ewe! Sheep have rectangular pupils, which gives them amazing eyesight! Their field of vision is between 270 and 320 degrees – not far off total vision, which is 360 degrees. In contrast, humans can only see 155 degrees.

You can book a visit to see our Jacobs and find out plenty more interesting sheep facts. We are open seven days a week and entry is free.

Any cookies that may not be particularly necessary for the website to function and is used specifically to collect user personal data via analytics, ads, other embedded contents are termed as non-necessary cookies. It is mandatory to procure user consent prior to running these cookies on your website.